The Life Aquatic with Steve Zissou

I am a HUGE fan of Wes Anderson. His films are wonderfully weird, and characters so earnest and flawed. The Life Aquatic with Steve Zissou came out in 2004. It features Bill Murray as a bumbling Jacques Cousteau-type character, intent on seeking revenge on a shark. The sea creatures in this film are fantastical and mostly not-real. There are fluorescent pink schools of fish who appear on screen right before Steve Zissou's best friend Esteban is eaten by the above-mentioned Jaguar Shark. And Steve gets a Crayon Ponyfish from a fan during the screening of one of his films. I've combined these creatures in a tribute manicure to Wes Anderson's fourth feature length film. 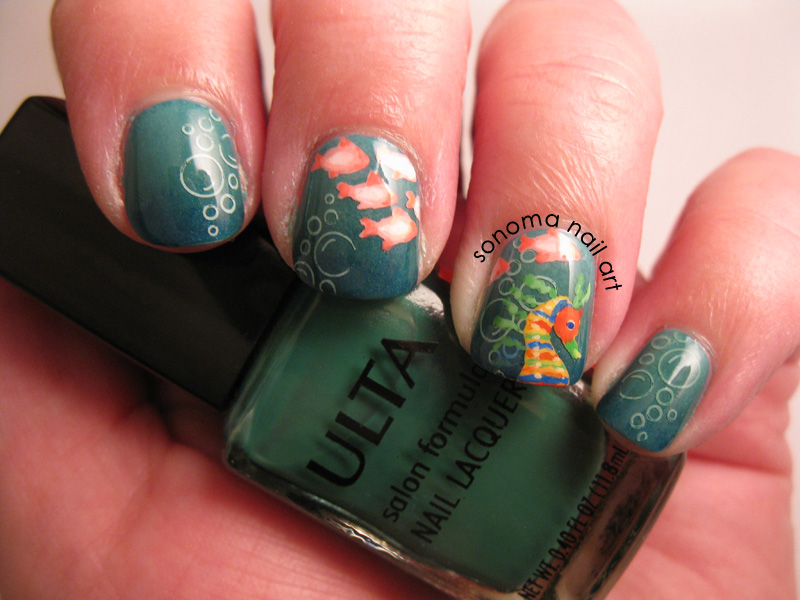 I started by painting a base of  Sally Hanson Complete Salon Manicure in Fairy Teal. Then I sponged on a gradient of Color Club Age of Aquarius, Ulta The Jungle Book, and Ulta Dance Teal Dawn. After that I stamped on a mixture of Konad White and Ulta The Jungle Book using Konad plate M16 for the bubbles. Finally, I hand painted the school of fluorescent pink fish and the Crayon Ponyfish using acrylic paints. I topped everything with Seche Vite topcoat.

Here's Esteban about to be eaten by the Jaguar Shark:

And here is Steve Zissou getting a Crayon Ponyfish from a fan: 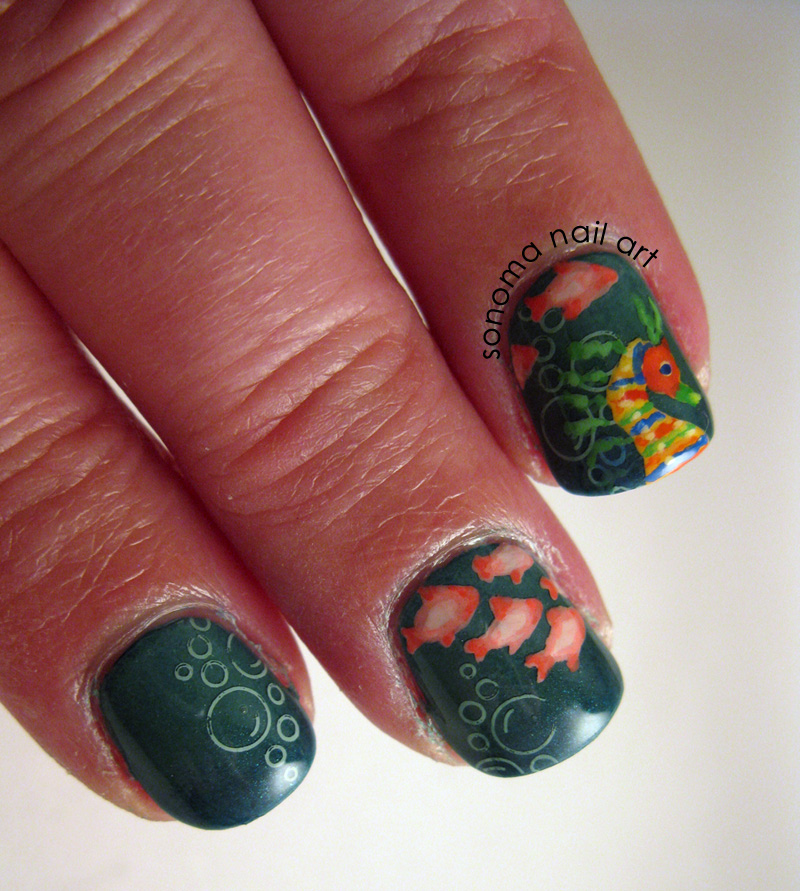 Besides my love for Wes Anderson movies, this manicure was also inspired by a stamping group challenge. Our choices for the week were to either 1) stamp on a green background, 2) stamp wildlife images, or 3) stamp an homage to a favorite movie. I did 'em all.