So in the world of radio, it is not uncommon to work with someone for years and never meet them face to face. One of my colleagues works out of San Francisco, and I have worked with him for probably 6 years. We finally met today. He knows about my nail art and I promised I would do something fun for him. Here you go, Larry! 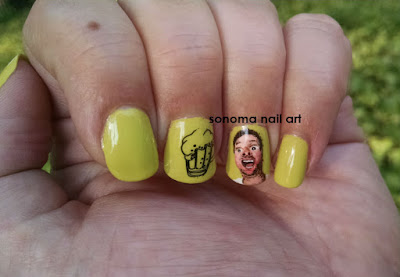 I painted Larry on my ring finger. I also added a bit of stamping with the mug of beer from a MoYou London plate, but I could have left it plain and I probably would have liked it more. The base color is China Glaze Electric Pineapple. I used acrylic paints to do the portrait. 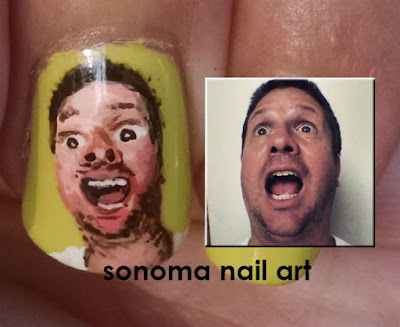 I used Larry's Facebook profile as my model. He's a bit of a weirdo, but then, so am I. And after I painted this, I realized that I chose one of my sister-in-law's favorite colors for the base. It wasn't a conscious decision. She passed away two years ago today, and she would probably have busted up laughing at this. :)

This is the third time I have painted the face of someone I know on my nails. Here is the first one of Sarah from Chalkboard Nails, and here is the second one of my little nephew (Erin's son) Will. 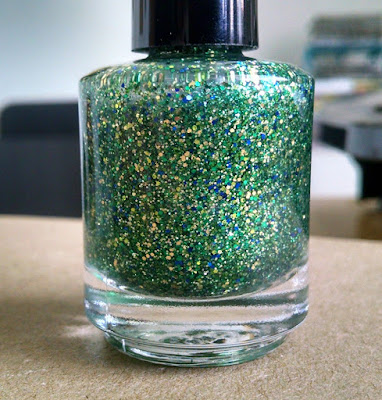 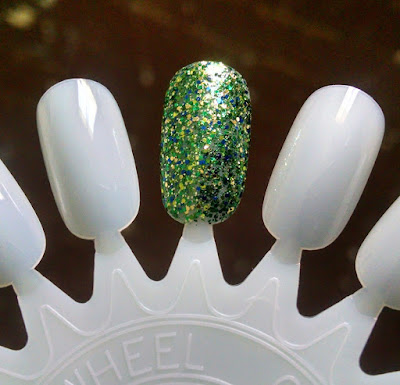 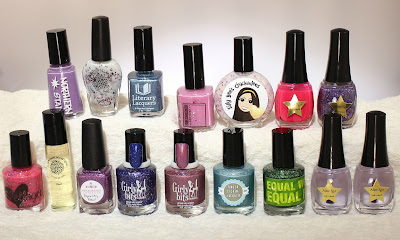 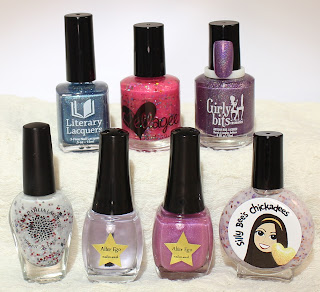 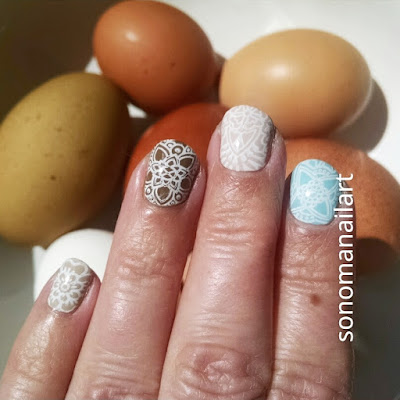 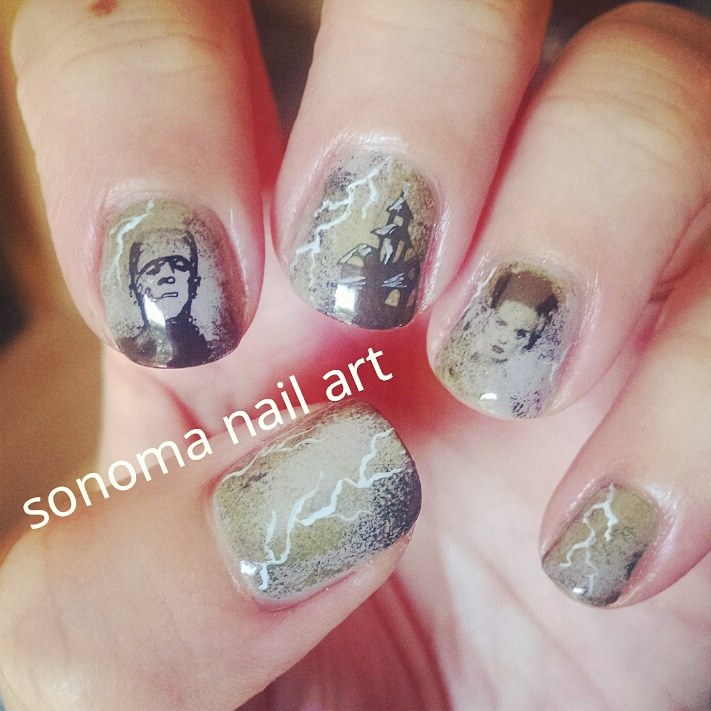 This week's challenge is black and white nails. I asked my husband what I should do, and his standard answer was perfect: "Star Wars." 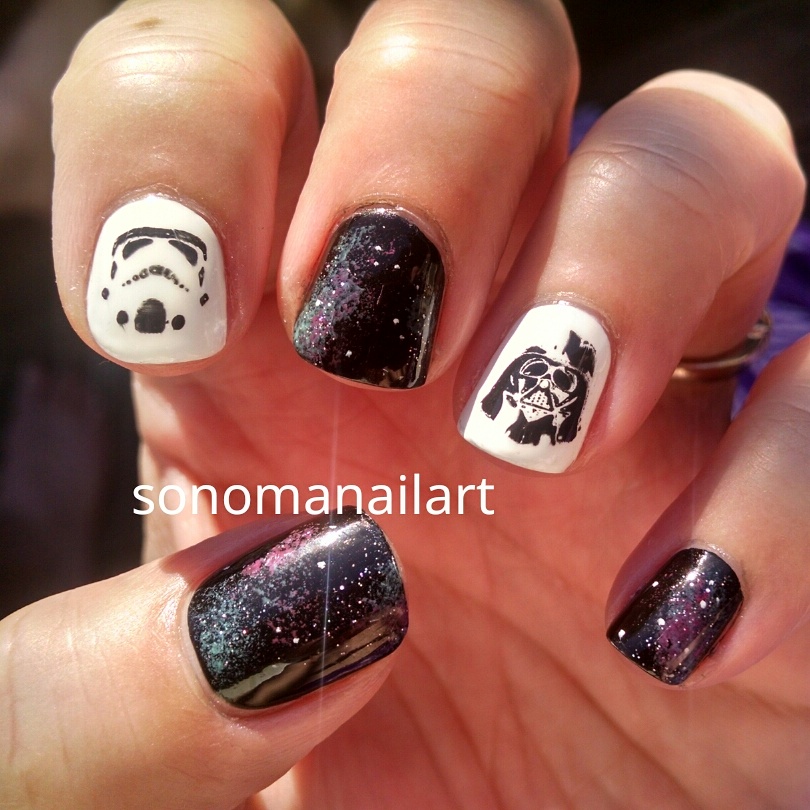 I used a base of Sinful Colors Snow Me White and Wet n Wild Ebony Hates Chris. I stamped images from Sugar Bubbles plate 004 for the Stormtrooper and Darth Vader. I did a muted galaxy nail on the other nails by sponging on OPI You're a Pisa Work and Color Club Age of Aquarius, then dabbing a bit of China Glaze Fairy Dust. I added random stars with more Snow Me White. 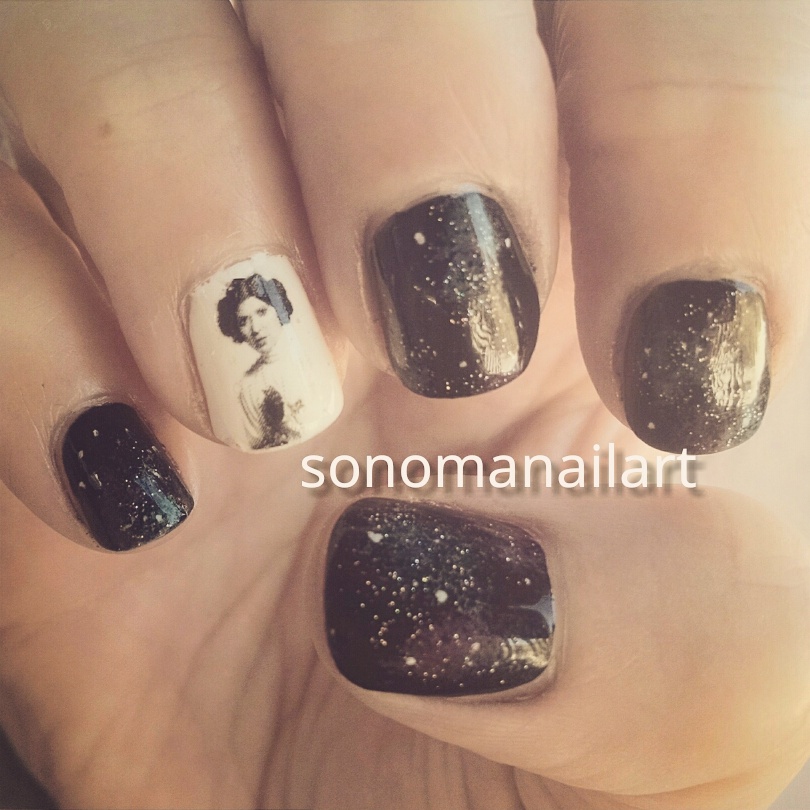 I even painted my right hand! Princess Leia is a decal I made.

May the Force be with you.

The recent challenge on Adventures in Stamping was to create a design that is better than Jamberry, or other similar nail wraps. Here is my interpretation: 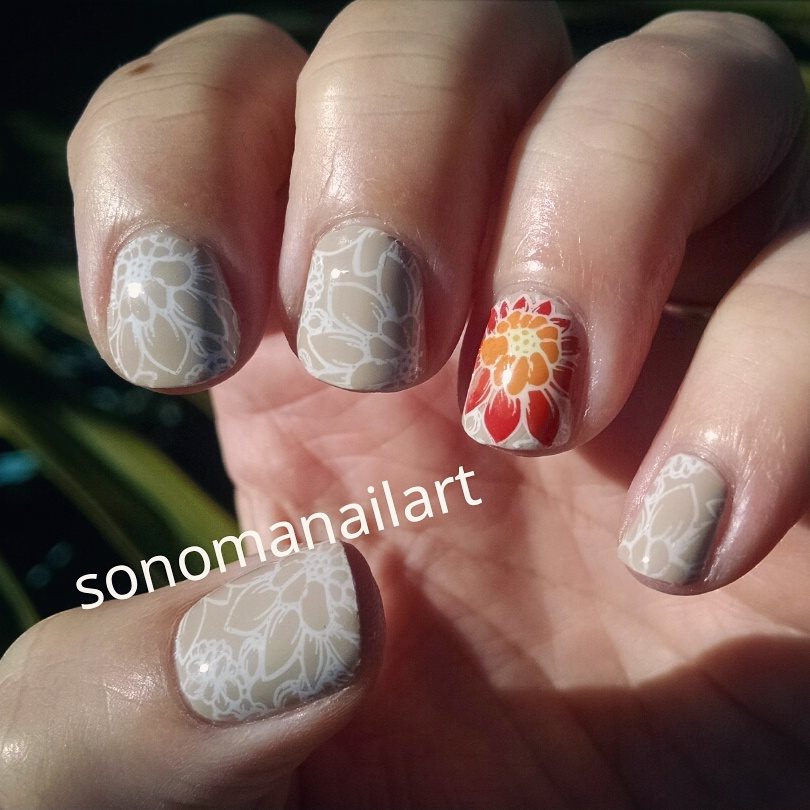 Base coat is OPI Did You Ear About Van Gogh? stamped with Konad white. I used the decal method on my ring finger with acrylic paints. Image is from MoYou London Pro 06.