Today's manicure is for the Adventures in Stamping challenge: Under the Sea. I sadly found that I don't really own many aquatic stamping plates. Note to self: remedy that! I do however have this gorgeous stamping plate from MoYou London which has a pair of goldfish swimming around each other. An infinite circle of koi. So I combined that stamp with a water technique that I have used previously on another manicure. 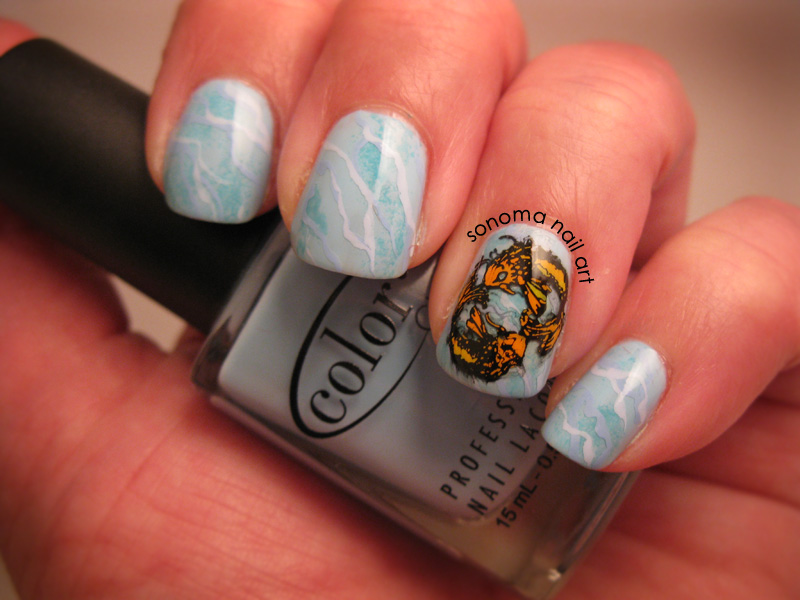 I started with a base of Color Club Factory Girl, then used a cosmetic sponge to dab on some OPI Fly in areas. After that I used acrylic paints to add little veins of blue-grey, and light blue to indicate little waves. I used a stamping decal technique and MoYou London plate Suki 09 and Konad Black stamping polish. I filled in the fish with orange and yellow acrylic paints. The stamp decal was a little messy, but I like the effect. It feels lived in, like it's been there a while.