My challenge nails today are somewhat similar to the ones I did in 2011. They are also done with a wallpaper-like background done with stamping. But I think these are a bit scarier. I painted the horrifying little girl from The Ring. (Spoiler alert: if you haven't see The Ring, or don't want to scare the crap out of yourself, don't click on that link.) 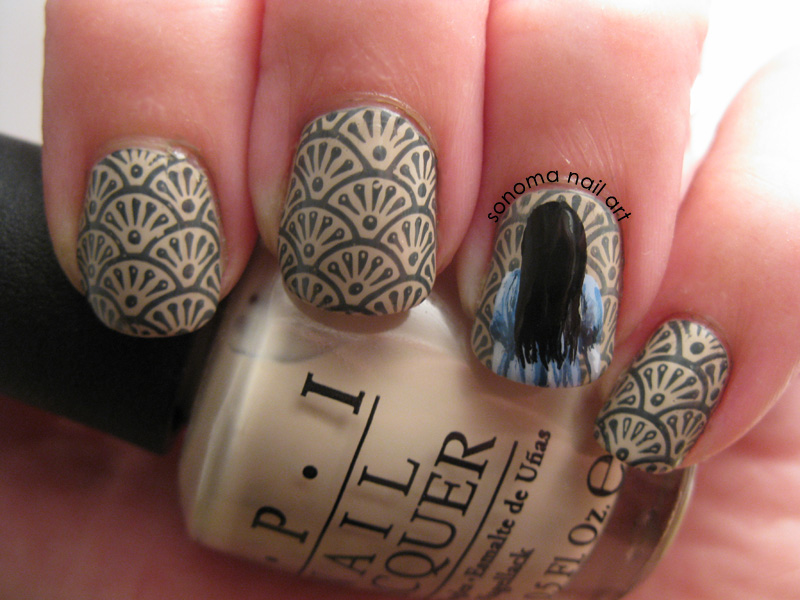 I started with a base of OPI Did You Ear About Van Gogh? Then I used a combination of the same polish and Wet n Wild Ebony Hates Chris to stamp the pattern from MoYou London Sailor Plate 05. I wanted a more muted color for the 'wallpaper' so that is why I toned down the black a bit. 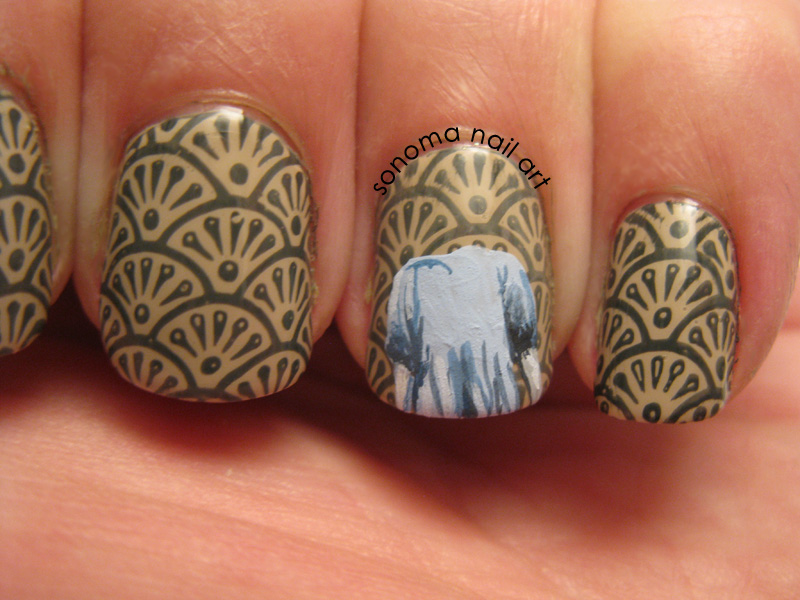 Then I used acrylic paints to paint the evil girl. Here she is partway done. I used a mixture of white, blue, and black to paint her since the movie is really blue toned. 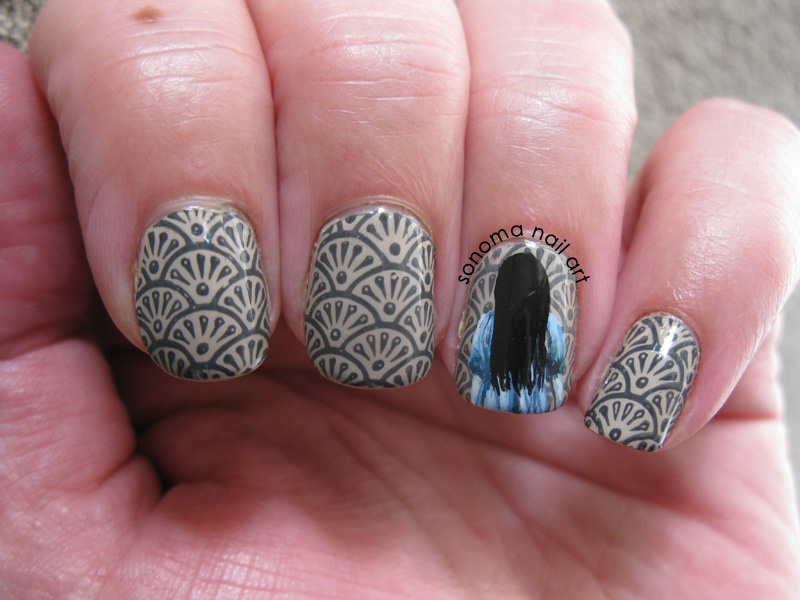 Then it was time to paint her creepy hair. I should have made her head a bit taller but my nail was not long enough. If you look at pictures of her, her head seems abnormally far from her shoulders. Perhaps that adds to the creepiness of this character. Also, I don't suggest looking at images of her for a long time. It's freaky. bleh. (On a side note, when I moved to California from Washington State, my brother told me about this film as we were driving down I-5. He was so scared by retelling the plot of this movie that he started to cry a little. And it also helped me remember when to close my eyes when I eventually watched The Ring.) 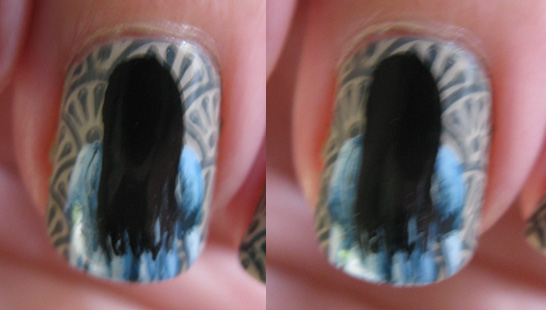 Another super creepy part of this manicure is that I had a really hard time photographing it. Normally there are one or two images that are blurry, but with this manicure at least half of the images were blurry. Ok, freak out time.

And did you notice I painted her image on my ring finger? See what I did there...

Click here to see my delicate challenge nails from 2011.